Fractional laser aesthetic treatments are a family of laser processes conducted with Energy Based Devices (EBDs) that rejuvenate the skin by careful, controlled application of laser energy over thousands of individual spots, often called micro-thermal treatments zones. To achieve this pattern of spots on the skin, the laser energy needs to be either rapidly scanned from spot to spot, or divided into an array of beams, or some combination of the two.

Fractional laser treatment was first been developed in 2004, and have since become one of the most sought-after aesthetic treatments. Various laser wavelengths are used in fractional treatments, from MIR (CO2 lasers and erbium-YAG) to short pulse NIR and even VIS (Nd-YAG lasers at nano or pico-second regime pulses at 1064nm, 532nm).

As described above, there are three main approaches to achieving the pattern of spots on the patients’ skin: 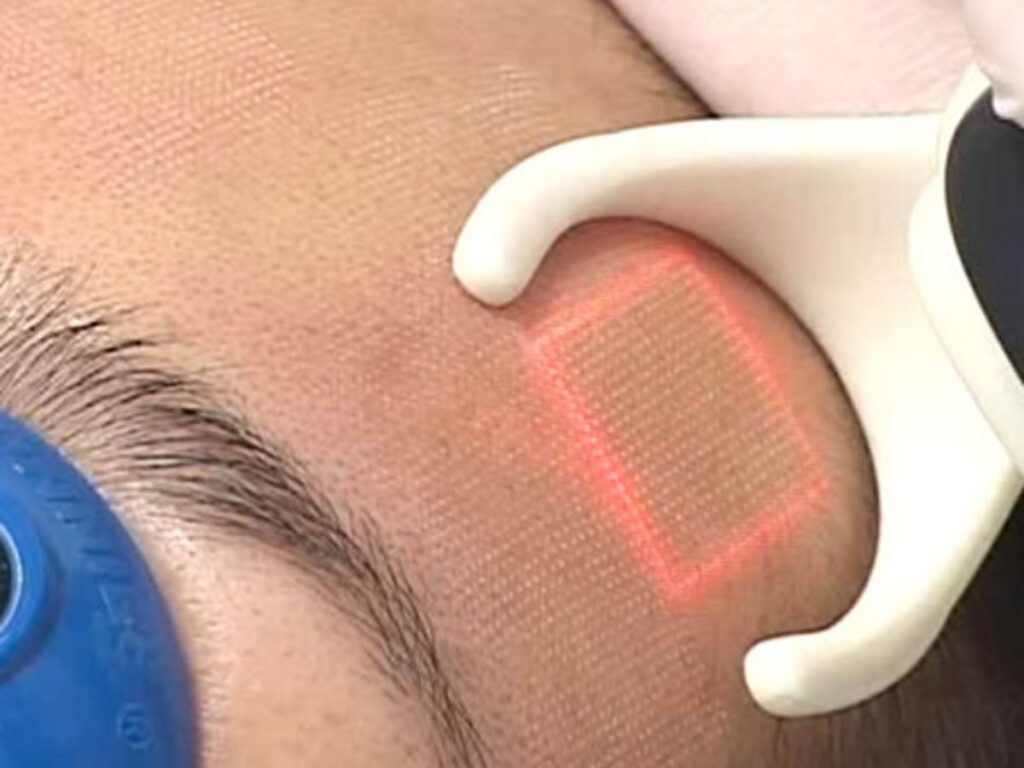 The splitting of a beam into an array of spots can be done by either a micro lens array or a diffractive optical element. The DOE optics approach has several advantages:

Q: WHAT ARE FRACTIONAL LASER TREATMENTS IN AESTHETIC MEDICINE?

A: Fractional laser treatments are laser treatments with Energy Based Devices (EBD) where the laser energy is spread over the patient skin in the form of multiple spots, each having a fraction of the full laser energy. This has been shown to rejuvenate the skin, reduce wrinkles, treat pigmentation and other skin conditions.

Q: WHAT TYPES OF LASER BEAM SHAPERS ARE USED IN FRACTIONAL LASER TREATMENTS?

Q: WHAT ARE THE ADVANTAGES OF DIFFRACTIVE BEAM SPLITTERS FOR FRACTIONAL LASER TREATMENTS?

A: Diffractive optical elements have no angular tolerance, ensuring absolute accuracy of the spots relative positions, and excellent spot uniformity, while also allowing adding other shaping functions to the diffractive beam splitter, such as homogenization of the spots, all on a single surface.

Leave your details and
we’ll reach out shortly!